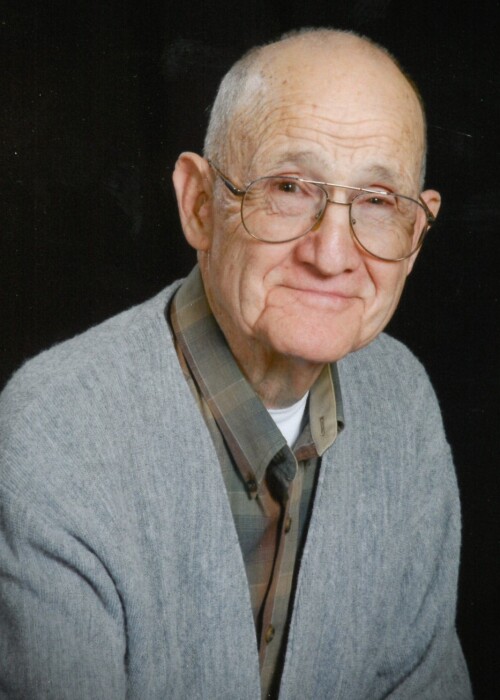 Andrew C. “Andy” Hinkle, 88, of Oregon, passed away at Dixon Healthcare Center on Saturday, August 14, 2021. He was born to Frelis and Vera Hinkle on November 10, 1932 in Crowell, Texas. Andy attended school, including junior college, in Amarillo, TX. He served two years in the Army, part of which he spent serving in Korea. After his time in the service, he moved to Houston, TX, where he worked for Maxwell House Coffee and attended the University of Houston. Andy graduated from Rockford College in 1966 with a degree in education. While in Houston, Andy met Bonnie Bolwahnn and they were married in Oregon, IL on June 14, 1959. After living in Houston for 4 years, they moved to Illinois, living at times in Oregon, Mt. Morris, Polo and Forreston. Andy’s first year of teaching was at Riverdahl School in Rockford. He then spent 26 years teaching in Mt. Morris, where he mostly taught junior high industrial arts and history. Andy and Bonnie were long-time members of  Disciples United Methodist Church in Mt. Morris. Andy enjoyed woodworking, model trains, and civil war history. His collections included bayonets, brass locks, antique tools, rocks and fossils. He and Bonnie traveled throughout much of the country, visiting 46 states. Toward the end of their travel days, they planned their trips around visiting lighthouses.. Around home, they enjoyed watching the geese and pelicans on the Rock River. Andy also enjoyed woodworking, yard work and gardening. He took pleasure in sharing and teaching his interests to his grandchildren. Andy was preceded in death by his wife, Bonnie and his brother Earl, and is survived by his daughters, Cindy (Tim) Webster of Forreston and Denise (Allan) DeGuzman of Hoffman Estates; grandchildren: Laura Webster of Leaf River; Carla (Chris) Pope of Forreston; Adam DeGuzman, Evan DeGuzman, and Nick Lucas, all of Hoffman Estates; and Steve Webster and family of Milledgeville. Funeral services will be held on Saturday, August 28 at Farrell-Holland-Gale Funeral Home, Oregon at 2:00pm, with a visitation before, beginning at 1:00pm. Burial service will follow for both Andy and Bonnie Hinkle and Earl Hinkle at Riverview Cemetery, Oregon. Memorials may be directed to Serenity Hospice & Home, Oregon in memory of Andy.

To order memorial trees or send flowers to the family in memory of Andrew C. "Andy" Hinkle, please visit our flower store.