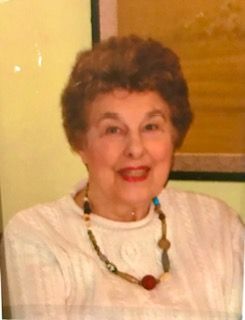 
Carol Viola Petersen Knutsen Long, Ft. Worth, Texas (formally of Oregon, Illinois) was promoted
to glory on November 28, 2020. She was born November 29, 1929 in Kenosha, Wisconsin, the
second of three children of Roy L. and Irene (Boettcher) Petersen. She graduated valedictorian
from Central High School in West Allis, WI at age 16 in 1946. She later attended St. Olaf College,
Northern Illinois University and graduated Sill Scholar from Rockford College in 1968.
She worked at Metcalfe Hamilton Kansas City Bridge Company in Reykjavik, Iceland and at Allis
Chalmers Manufacturing Company from 1950 to 1953. She then worked for 38 years (1955-
1993) at Wood Brothers Manufacturing Company (Woods Equipment Company) as Assistant to
the President, Keith S. Wood, and then as Controller. In addition, she gave speeches for IBM
and the American Production and Inventory Control Society. Carol embarked on a second
career from 1994 to 2008 as facilitator for Elijah House Prayer Ministry and Counseling Schools.
Carol married Arvid J. Knutsen in 1948 and lived in Norway and Iceland for two years before
returning to the United States. He died in 1959. She then married Robert D. Long in 1961, and
they were married 51 years until his death.
She was a longtime member of St. Paul Lutheran Church in Oregon, Illinois. She taught Sunday
school, sang in the choir, and briefly served as choir director. Carol also served on the church
council and was a member of Dorcas Circle and other prayer groups. She served on the staff of
Freedom House Counseling Ministry, Berwyn, Illinois. She also completed Theophostic Ministry
basic training, certification from John G. Lake Divine Healing Institute, a health minister
certificate from Hallelujah Acres, and attended Vision Life. She loved the Lord, her family,
coworkers and friends with her whole heart. She prayed with and for many.
She is survived by her children: Vicki Davis (Ft. Worth, Texas); Steve (Ann) Long (Morrison,
Illinois); Jonette (Gary) Wood (Henderson, Nevada); Pamela (Kevin) Basham (Santa Clarita,
California); and Andrew Long (Colorado Springs Colorado). She is also survived by 10
grandchildren: Christopher Janssen, Jim Davis, Holly Harvey, David Long, Peggy Tiedemann,
Darik Knutsen, Jaryd Knutsen, Raedun de Alba, Caitlin Basham, Kieran Basham, and 10 great-
grandchildren. She was preceded in death by her parents, sister Anita, brother Bruce, husband
Robert, and her son, Arvid Knutsen, Jr.
No services will be held at this time due to Covid restrictions. A celebration of life will take
place later. Internment at Riverview Cemetery. Memorials may be given to Samaritan’s Purse
or a charity of your choice. Arrangements through Farrell-Holland-Gale Funeral Home.

To order memorial trees or send flowers to the family in memory of Carol Long, please visit our flower store.