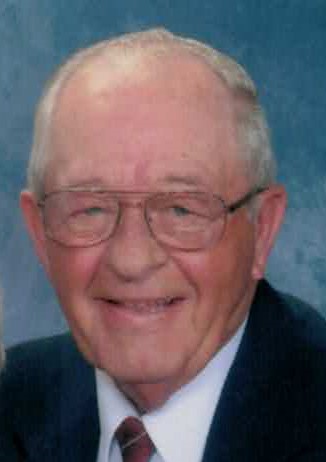 Donald E. Ebens, 87, lifelong Oregon resident, died Wednesday, December 30, 2020 in his home. Born September 29, 1933 in Oregon, the son of John and Mildred (Tillett) Ebens. Don was a 1951 graduate of Oregon High School and served in the US Army in the Korean War. Married to Leatha Huffman June 16, 1957 in Oregon. He was employed for many years for the Carnation Company in Oregon, retiring when the plant closed. Don also worked as an electrician for Fafnis Electric in Oregon and for the Ogle County Sherriff’s Department as a County Road Deputy and then later as a Civil Process Server. He was a member of Mt. Morris Lodge and a lifetime member of Oregon VFW Post 8739. Don enjoyed small scale farming and building and remodeling projects – “A jack of all trades and master of none.” Survived by his wife of over 63 years, Leatha Ebens of Oregon; sons, Greg Ebens of Chana and Jeff (Starla) Ebens of Waukesha, WI; and brother, John (Vi) Ebens of Oregon. Predeceased by his parents; grandson, Michael; and sister, Shirley. Due to Covid-19 restrictions, no services are scheduled at this time. Memorial services with burial in Daysville Cemetery will be held at a later date. In lieu of flowers, memorials may be directed to the family.

To order memorial trees or send flowers to the family in memory of Donald E. Ebens, please visit our flower store.