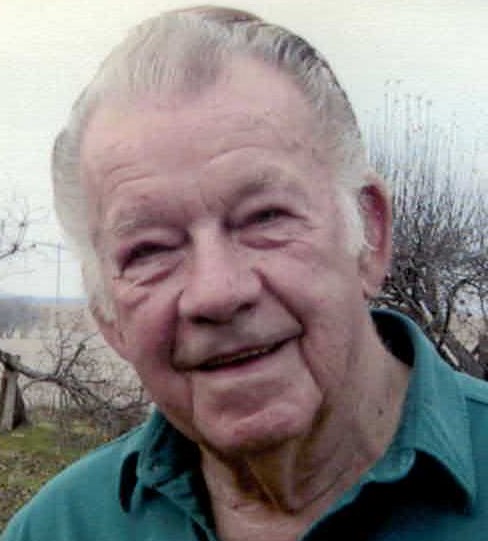 Donald L. “Buster” Hoffman, 92, lifelong Oregon resident, died Tuesday, July 21, 2020 in his home. Born October 28, 1927 in rural Oregon, the son of Charles and Lettie (McLaughlin) Hoffman. Married to Shirley Dummer January 28, 1957 in Byron. Buster was a US Army veteran serving during World War 2 and had been employed by Gilbert Tree Service for 37 years prior to retiring. He was a 43 year American Legion member and a volunteer with the Ogle County Sheriff Department. Buster enjoyed fishing and playing pool, Survived by his wife, Shirley Hoffman of Oregon; sons, Stanley (Connie) Hoffman of Dixon and Donald (Tracey) Hoffman, Jr. of Jefferson, GA; daughter-in-law, Rhonda Hoffman of Franklin Grove; many grandchildren; and many great grandchildren. Preceded in death by his parents; sons, David Hoffman and Steven Hoffman; and sisters, Ella Jones and Hazel Merrill.

Due to Covid 19 restrictions, private family graveside services will be held in Grand Detour Cemetery. Pastor John Guthrie of East Oregon Church of God will officiate. No visitation. Memorials may be directed to the family.

To order memorial trees or send flowers to the family in memory of Donald L. "Buster" Hoffman, please visit our flower store.