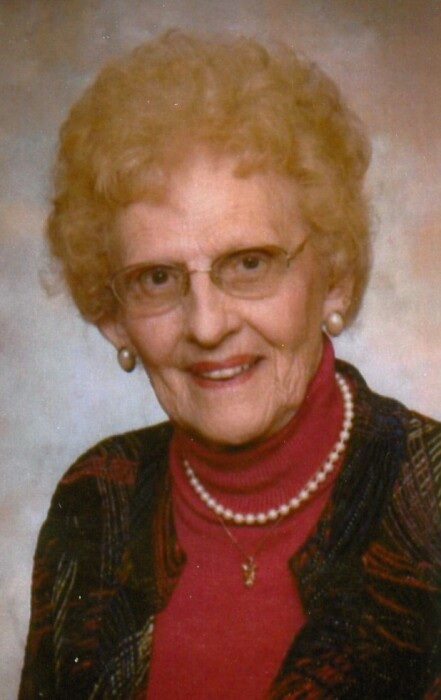 Edith M. Whitney, 100, passed away on  September 1, 2021 in her home at Oak Park Place, Baraboo, Wisconsin. Edith was born at home on the farm December 24, 1920 in Oregon, Illinois. She was the sixth child of Anna and Percy Fruin. Edith was raised and spent most of her life in Ogle County before moving to Baraboo. She attended school in the Oregon area and graduated from Blackburn College in 1941, attending college on a basketball scholarship (long before Title IX!) Following graduation, she married Richard H. Whitney in 1941 and began farming with her husband near the Lighthouse United Methodist Church as well as beginning her career as a teacher. She taught in a country school filled with 24 students in grades 1 – 8 for 3 years. She and Richard then moved to Dixon to continue farming and later to Paynes Point where they operated the Paynes Point Feed Store. In 1966 they built a new home on Chana Road just north of Route 64. At this time Edith returned to teaching at the Chana and Oregon Elementary Schools, retiring in 1988. In 1978 they built a new home in Oregon; Edith lived in this home until 2006 when she moved to the independent facility in Franklin Grove until 2010. Her final home was in the independent facility at Oak Park Place in Baraboo, Wisconsin. Edith was always very active in her church, both the Lighthouse Church in her early adult life and then in Emmanuel Lutheran Church in Paynes Point. She and her husband were well known for hosting the church’s Ice Cream Socials at their home. Edith is survived by her very special friend and companion, Ray Martens; 2 sons, Larry (Maureen) Whitney of Baraboo, WI and Jerry (Ruth) Whitney of Stillman Valley, IL; 13 grandchildren; 17 great-grandchildren; 1 great-great-grandchild; 2 sisters, Pauline (Fruin) Leiferman of Apple Valley, CA and Maxine (Fruin) Dearborn of West Hills, CA; and many nieces and nephews, as well as many great friends. Edith was preceded in death by her husband, Richard in 1988; and 7 siblings: Ella (Fruin) Coxhead, Frances (Fruin) Bryer, Geerd Fruin, William Fruin, Harold Fruin, Florence Fruin and John Fruin. A Special Thank You to Ray Martens for his love and caring for Edith. They were so good for each other over the last 10 years. They enjoyed the many activities offered at Oak Park Place as well as several trips and family visits. Deep gratitude to Dr. Krszjzanieh and his partners at SSM Health St. Clare Hospital for many years of superb medical care. And thank you to the loving staff at Oak Park Place, especially Edith’s buddy Samantha. A Private Family Service will be held at Farrell-Holland-Gale Funeral Home, Oregon with interment at Lighthouse Cemetery. Reverend Andrew Kayes of Emmanuel Lutheran Church at Paynes Point will conduct the services. A memorial fund has been established benefitting the Lighthouse Cemetery Association and Emmanuel Lutheran Church at Paynes Point. Condolences and memorial donations may be sent to Edith Whitney Family c/o Farrell-Holland-Gale Funeral Home, PO Box 68, Oregon, IL 61061

To order memorial trees or send flowers to the family in memory of Edith M. Whitney, please visit our flower store.