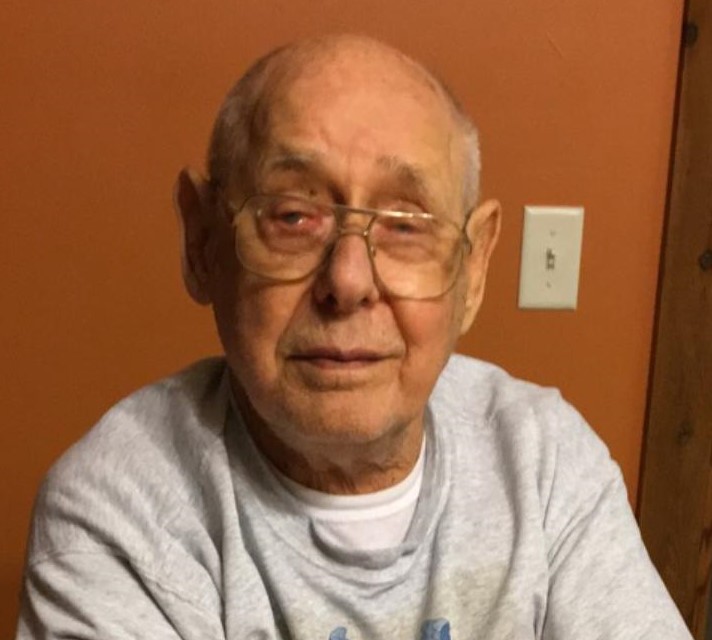 Mt. Morris, Illinois – Elmars J. Kalnins, age 91, died Saturday, April 24, 2021 at Pinecrest Manor in Mt. Morris with his wife, Marion, at his side. He was born January 5, 1930 in Riga, Latvia, the son to Janis and Zelma (Wunderlich) Kalnins.  He attended schools in Riga, Latvia before moving to the United States.  Shortly after arriving in America, Elmars was drafted to serve in the U.S. Army during the Korean War.  He became a United States Citizen in December 1956.  He married Marion Fritz on April 9, 1960 in Mt. Morris. They had recently celebrated their 61st anniversary.  Elmars was a carpenter by trade and also worked at Kable Printing in Mt. Morris from 1959 – Dec 20, 1996. He retired in style that day by driving around town in a very decorated Packer car.  He was very active in the Mt. Morris community having served on the Village Board for 14 years and as Village President for 8 years.  He was a member of the Disciples United Methodist Church in Mt. Morris, the Mt. Morris Moose Lodge #1551, the Oregon VFW Post #8739, and the Mt. Morris Senior Citizen’s Center. He loved to bowl, do construction projects, and work in his garden.  Elmars was a loving husband, father, grandfather, and great grandfather.  He was always there to support all his family no matter what the occasion was. He attended most, if not all, his daughters, grandchildren, and great grandchildren’s events in good weather as well as bad.  He was predeceased by his parents, his 2 brothers, Boris and Alfred, and great granddaughter Hazel.  He is survived by his wife Marion of 61 years, his 3 daughters; Sandy (Al) Nordman of Oregon, Brenda (Chuck) Baal of Mt. Morris, and Lisa (Michael) Janes of Dixon, 13 grandchildren; Kenny Kalnins, Matt (Lynn) Kalnins, Will Nordman, AJ Nordman, Andrew (Amanda) Nordman, Justin (Cassie) Baal, Emily Baal, Josie Wingert, Truley Wingert, Carter Gremba and 10 great grandchildren (Abi, Cara, Jonas, Kolbe, Maddison, Mayson, Lukas, Genevieve, Vincent, Ivy).  A celebration of life service will be held on Sunday, May 30th from 1pm till 4pm at the Moose Lodge in Mt. Morris, Military Honors will take place at 1:00 PM by the Oregon VFW Post 8739.  Memorials may be directed to the family or the charity of the donor’s choice.

To order memorial trees or send flowers to the family in memory of Elmars Kalnins, please visit our flower store.