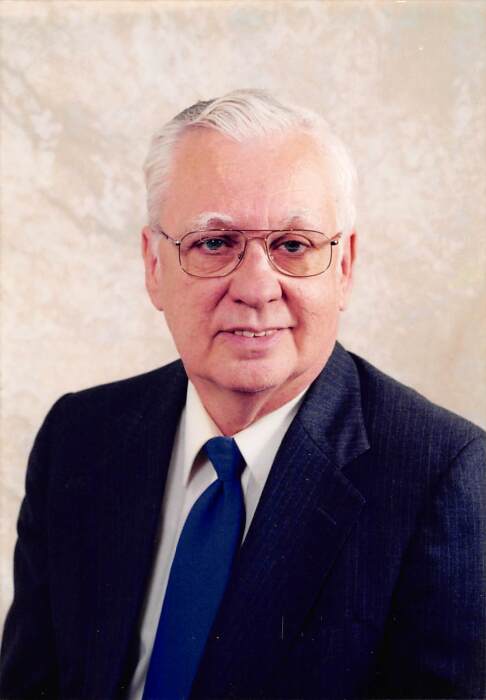 Oregon, IL - Eugene Everett Stilson, 82, died December 2, 2021.  He was born February 27,1939  to Everett and Gladys (Boyle) Stilson in South Bend, Indiana.  He graduated from Central High School in 1957 and Manchester University in 1961.  From there he moved to Oregon, Illinois where he graduated from Oregon Bible College and went into the ministry for the Church of God General Conference.  He Married Janet (Turner) Stilson on May 25, 1963 and they moved to the Shenandoah Valley of Virginia where he pastored two small churches.  Gene had many interests over the years, including pursuit of graduate degrees.  He had a B.S from Manchester, a B Th from Oregon Bible College, and when he was called to teach at Oregon Bible College he pursued a master’s degree in guidance and counseling from Northern Illinois University, and a master’s degree in New Testament Studies from Wheaton College.  He taught Bible courses at OBC for 21 years serving also as Academic Dean. When he left that work, he worked for another 20+years for Crest Foods in Ashton, Illinois retiring in 2013.  He also helped to establish Rock River Christian College in Beloit, Wi and taught there for ten years serving as President for several of those years. Gene successfully demolished his old house and rebuilt a new one on the same lot in 1977-78. He was a man of many talents. He played viola and piano and was a vocal soloist. he loved to travel.  His favorite trip was to Greece in the footstep of St. Paul. In 2005 he and Janet traveled with Randy to 16 cities in Europe. Gene was a member of Oregon Church of God and helped plant two churches in Rockford, Family Bible Fellowship on N. Ridge and Winnebago New Life. He taught Sunday School, sang in the choir, filled the pulpit and played piano when needed. He is predeceased by his parents, his father-in-law, Willis Turner, and his niece, Beth Harrison Mattison.   He is survived by his wife, his sons Richard and Randy, and his daughter Marianne Stilson, grandchildren, Joel Stilson, Amoury Hudson, Jessi Hudson, Bijoux Stilson and Finnigan Stilson and great granddaughter Adelaide Hubbell, and mother-in-law, Ida Mae Turner.  Gene believed in the promises made to believers in the blessed hope that Jesus is coming again and will resurrect him from the grave to eternal life in the Kingdom of God on earth.   Visitation will be held from 6-8 pm on Friday, December 10, 2021 at Farrell Holland Funeral Home, 110 South 7th Street in Oregon, IL. Please wear a mask to attend the visitation.  A private graveside service will be held at Emmanuel Cemetery in Paynes Point.  Memorials made be made directly to the family.

To order memorial trees or send flowers to the family in memory of Eugene Stilson, please visit our flower store.