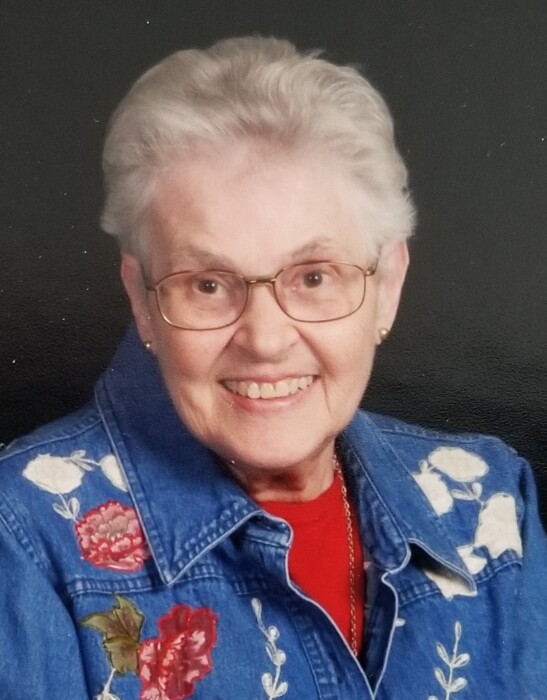 Gretel Anne Heuerman Jones, age 83, passed away on Sunday, Jan. 17, 2021 at her home in Oregon after a lengthy battle with ALS, Lou Gehrig’s Disease. Anne was born on September 19, 1937, the second child of six, to Ailt and Lila (Hendrickson) Heuerman. Anne graduated from Oregon High School in 1955 and was married on December 18th, 1987 to Leonard D Jones. They renewed their vows on December 9th with Pastor Dave Rogula, the pastor that married them over 33 years ago. She was a confirmed member of St. Paul’s Lutheran Church. She served as President of the Oregon Woman’s Club and was also very instrumental in helping to form the Oregon Park District; she was on committees for Autumn on Parade, the 125th Anniversary of Oregon and the Sesquicentennial celebration of Oregon. Anne also worked on The Story of Oregon history book and says it was a challenge but felt they preserved Charlie Mongan’s stories for future. For 14 years, she operated the Oregon Home Appliance store and made many local friends throughout those years. She also was instrumental in beginning Moonlight Madness, an evening of shopping held in town where the retailers wore pajamas and stay open late. After leaving the retail business, Stronghold and Lutheran Outdoor Ministries provided a place to work until her and Len moved to Missouri. While there, she was President of the Lafayette Lion’s Club, worked with the Country Fair Committee and co-authored the Lafayette County History Books. They returned to Oregon 10 years later and she served with St Paul’s Altar Guild and began the Low Vision Support Group that still meets today at Rock River Center in Oregon. One of Anne’s favorite quotes was, “Learn to not look at your feet, but look to the stars”. Anne is survived by her husband of 33 years Leonard E Jones, daughter Kim (Winston Hines) Kruse, sister Wyonne (James) Hegland of St. Charles, IL, sister Christine (Bob) Johnson of Brooklyn, WI, sister Sharon (Bill) Barger of Woodstock, IL, sister Shelia (Tom) Humble of Deland, FL and brother Richard (Phyllis) Heuerman of Stillman Valley, IL. Also surviving her are Clifford (Rhonda) Jones, Ron (Charolett) Young, Rick (Judy Cline) Jones, Wally (Sheila) Jones and numerous nieces and nephews. She was preceded in death by her parents. The family would like to extend their thanks to the neighbors, friends, the Visiting Angels and Peak Home Health who looked after Anne during her illness and a very special thank you to Cliff and Rhonda Jones for all their loving care of Anne the past year and a half and the Serenity Hospice & Home for all their help and generosity.  After cremation rites, burial will be held at Daysville Cemetery. A memorial fund is established in Anne’s name for the Serenity Hospice and Home in Oregon, IL and the ALS Association.

Farrell-Holland-Gale Funeral Home in Oregon, IL is assisting the family.

To order memorial trees or send flowers to the family in memory of Gretel Heuerman Jones, please visit our flower store.