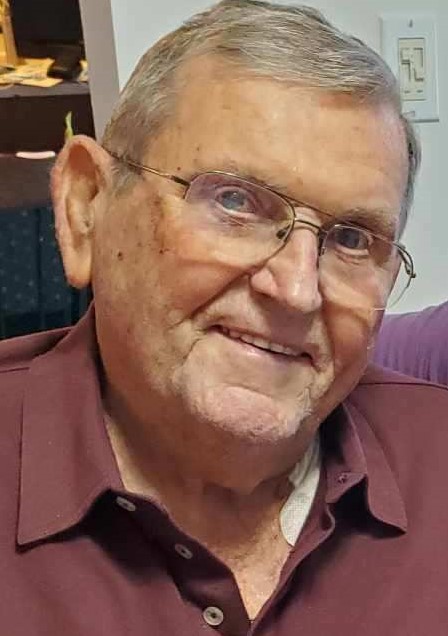 Oregon, IL – James Arthur “Jim” Jackson, age 87, died Monday, July 27, 2020 at his home on the Rock River.  He was born August 29, 1932 in Hinsdale, IL the son of Alvin and Isabel (Shrobe) Jackson.  He graduated from Lyons Township High School in 1952 and attended 5 years of plumbing trade school.  He served his country in the U. S. Navy from 1952 – 1956 during the Korean War.    He married Frieda Deutscher on October 21, 1995 in Lombard, IL.  He and Frieda spent the past 18 years wintering at their home in Texas.  Jim was known to some of his closest friends as”JJ”. He never knew a stranger.   Jim loved to play golf, and cards, especially Cribbage, Pinochle, and Euchre.  He was predeceased by his parents, 4 brothers; Melvin, Gene, Don, and Bob, and sister Fran Zan.  He is survived by his wife Frieda Jackson of Oregon, Jim previously married Rose Jackson in 1969 and together they had a daughter Sharon Jackson (Denise Dougherty) of Brookfield, IL, step daughter Lisa O'Connell of Arizona,  and many nieces and Nephews including Donna Pfeiler, Joyce Wilkerson, Sue Weidner, and Michael Jackson.  A private graveside service will be held at the Parkholm Cemetery in LaGrange Park, IL with the Pastor Randy Snider officiating.  Due to the Covid-19 pandemic a private visitation will be held at the Farrell-Holland-Gale Funeral Home in Byron, IL.

To order memorial trees or send flowers to the family in memory of James Jackson, please visit our flower store.