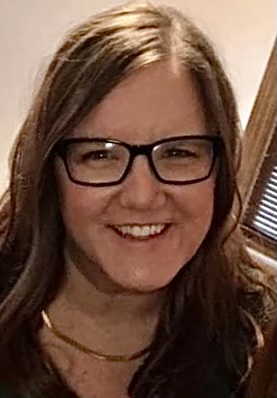 Jane Anne (Barnes) Jones, 44, passed away on December 14th, 2021 in Rockford, IL. She was the precious third child of Mark and Becky Barnes, born September 18th, 1977 in Moline, IL. Jane grew up in Orion, IL, where she played volleyball, basketball, track, excelled in art class and met the love of her life, Ryan. She had hundreds of life long friends from Orion, a community the family will always hold close to their heart.


Upon graduation, Jane attended the University of Illinois, majoring in Education. She graduated in 2000, first in her class. Jane was a member of Alpha Chi Omega sorority. In college, Jane and Ryan made more wonderful friends who they kept in touch with over the years.


Jane and Ryan were married on the beach in South Haven, MI in August of 2000. In marrying Ryan, Jane was blessed with another wonderful family to love. Jane and Ryan moved to Linden, MI where she took her first teaching job in middle school science at Sarah Bank in Walled Lake, MI. In 2002, Jane held her own retirement party because she was going to have her dream job of being a mom! Oliver Marion was born in 2002 and Estelle Dorothy followed in 2003. Meredith Elaine completed their family in 2006. Jane’s children were her world. Her every breath was taken for them.


Jane and Ryan moved to DePere, WI in 2004. First United Methodist quickly became their family and they have done life together ever since.


In 2014 the family moved to Byron, IL to start designing and building their dream home on the Rock River. Jane quickly made friends and got involved in the community. She was a member of Chapter NZ, P.E.O. She was the first to volunteer and the last to leave at many events. She loved to entertain, host team dinners, and bless others with her gift of hospitality.


Jane began subbing a year later. She touched the lives of many students and faculty throughout the district. Three years later, Jane fell in love with special education and took a job at Byron Middle School. She was one class short of completing her masters degree. She loved her students like her own. Her passion for each student was evident in the countless hours she spent in the classroom. Even through her hardest days this past year, her kids were always on her mind.


Jane’s happiest days were spent by the water. She loved to boat with friends and family and shared that love with so many people. Long days at the beach in South Haven and Alabama are memories that will live on in the hearts and minds of those she leaves behind.


The family would like to thank the countless people who have supported them this year. The Byron community held us up when we didn’t think we could stand after Ryan’s accident and we are grateful for their continued love and support.


Through all the stages of her life Jane clung to her faith. The Lord was her compass and she was His servant. Her deepest wish was for all to know His love.


In lieu of flowers, a scholarship fund will be established in Jane’s name at Byron High School or memorials can be made to Kathy’s House in Milwaukee, WI. Visitation will be Friday, December 17th, at the Red Brick Church in Stillman Valley from 3-8 PM. The funeral will be held at the same location at 11AM, Saturday, December 18th. A luncheon will follow. Janes service will be live-streamed at
https://www.facebook.com/TheRedBrickChurch

Please wear masks during the visitation and memorial service.

To order memorial trees or send flowers to the family in memory of Jane Jones, please visit our flower store.