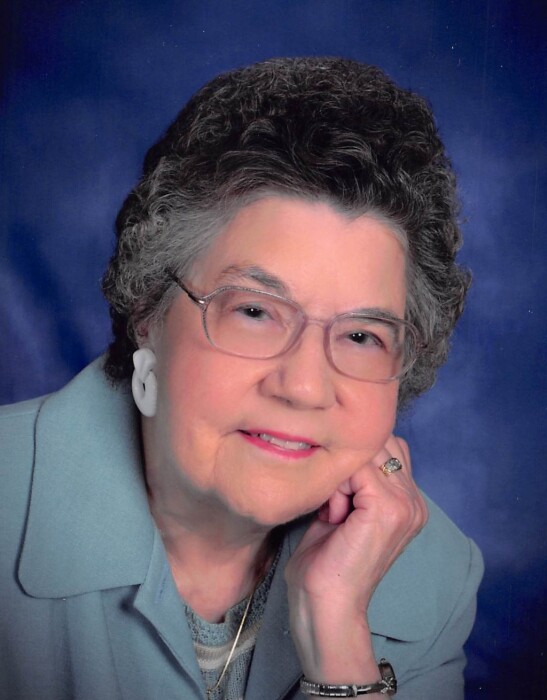 Joann E. Bachman, 87, longtime Oregon resident, died Tuesday, October 19, 2021 in her home. Born April 6, 1934 in DeSoto, Wisconsin, the daughter of Basil and Caroline (Kolf) Worman. Married to John Bachman April 25, 1955 in Byron; he died January 5, 2010. Joann was a 1952 graduate of Byron High School. She was employed as a cook at various local restaurants and for 17 years at Stronghold in Oregon, retiring in 2005. Joann was a member of St. Mary Catholic Church, Oregon and Oregon VFW Auxiliary. She enjoyed counted cross stitch and latch hooking. Survived by her son, Joseph (Denyse) Bachman of Denver, CO; daughters, Judy Gilbert of Centralia, IL, Janet (William) Dodson of Bedford, TX and Jeanine (William) Waite of Buford, GA; 8 grandchildren; and 2 great grandchildren, with one more on the way. Also predeceased by her parents. Christian Funeral Mass will be held at 10:30am Friday October 22 at St. Mary Catholic Church, Oregon with Rev. Joseph Naill as celebrant. Burial in St. Mary Cemetery, Oregon. Visitation 6:00-8:00pm Thursday in Farrell-Holland-Gale Funeral Home, Oregon with an 8:00pm Rosary Service. Memorials in Joann’s name may be made to Rock River Center, Oregon. The family wishes to extend its grateful thanks for the special attention and care given  to Joann by  Kate Lehrke and her family and by Serenity Hospice.

To order memorial trees or send flowers to the family in memory of Joann E. Bachman, please visit our flower store.