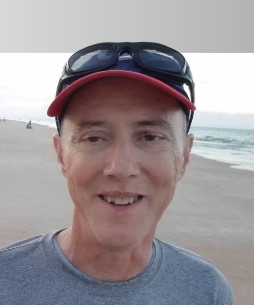 Oregon, IL – John Allan Cain, age 58, died Monday, March 28, 2022 at the Serenity Hospice and Home near Oregon.  He was born September 22, 1963 in Rockford the son of Allan and Mary (McLennan) Cain.  He graduated from Byron High School in 1981 where he participated in Baseball and basketball.  John also graduated from Northern Illinois University in Dekalb with his Bachelor’s Degree in Athletic Training.  He married Melanie Stabler on July 21, 2001 in Princeton, Illinois.  John was a member of the National Athletic Trainers’ Association and the National Strength and Conditioning Association.  He enjoyed astronomy and often volunteered at the observatory at the Byron Forest Preserve.  He was an avid Cubs, Blackhawks and Notre Dame football fan.   John was Athletic Trainer at Oregon High School for the past 30+ years where he helped hundreds of students recover from their sports injuries. He received the gift of life through a kidney and pancreas transplant at UW-Madison on June 14, 2005.  He was predeceased by his father Allan Cain, his paternal grandparents Lester and Leola Cain, and maternal grandparents Don and Leona McLennan.  He is survived by his loving wife Melanie Cain of Oregon, IL; mother Mary Cain of Byron, IL; sister Lori Crask of Rockford, IL; Aunts Kathy McLennan of North Dakota, and Joan (Tom) Nally of Florida; father- and mother-in-law Lee (Mary Jane) Stabler of Kewanee, Illinois; brother-in-law Nick (Brandy) Stabler of Chatham, Illinois; several cousins, nieces and nephews: Adam (Kori) Crask, Sara (the late Levi) Lorenz, Olivia Stabler, Wesley Stabler; great nieces and nephews: Addison Crask, Baylee Lorenz, Cena Lorenz, and Noah Crask.  A memorial service will be held 10:00 am, Tuesday, April 5, 2022 at the Farrell-Holland-Gale Funeral Home, 110 S. 7th Street in Oregon, IL with the Pastor David Rogula officiating.  Visitation will be held Monday, April 4, 2022 at the funeral home from 5-7 pm.  A memorial fund is established in John’s name for the Serenity Hospice and Home and the University of Wisconsin-Madison Transplant Program. In John’s honor, please consider registering to be an organ donor.  Visit www.farrellhollandgale to leave a condolence or memory of John.

To order memorial trees or send flowers to the family in memory of John Cain, please visit our flower store.