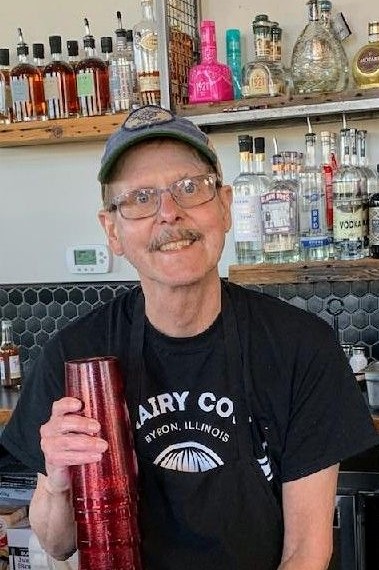 Kim L. Swanson, age 61, passed away at Swedish American Hospital in Rockford on February 10, 2022. He was born on March 6, 1960 in Rockford the son of Ronald F. and Louise A. (Sundeed) Swanson. Kim was huge Chicago Cubs fan and could be found listening to all their games. He enjoyed being outdoors and could be found fishing, camping, bike riding, walking, and mushroom hunting. He never missed buying his weekly lotto ticket and liked stopping by garage sales. Kim was inventive and enjoyed building and flying rockets and also enjoyed listening to music. But, most of all he was an animal lover especially cats and dogs. He is preceded in death by his parents and dog, Lady. He is survived by his siblings, Carl (Theresa) Swanson of Sterling, Judy (Gene) Maule of Rockford, Ronald (Darlene) Swanson of Rockford, Randy (Patty) Swanson of Rockford, and Fayetta (Charles) Johnson of Holcombe, WI; his cat, Snoopy, and numerous nieces and nephews. A private service and burial will be held. In lieu of flowers donations in Kim’s name may be made to Cause for Paws in Byron or the Rockford Rescue Mission.

To order memorial trees or send flowers to the family in memory of Kim Swanson, please visit our flower store.