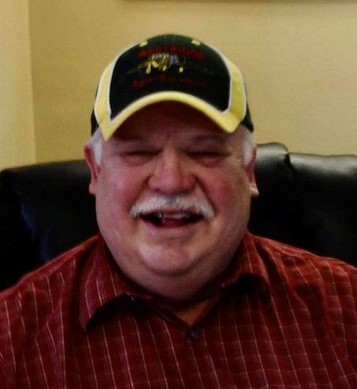 Larry Dale Coombes, 69, of Byron, Illinois (formerly of Villa Grove, IL) passed away Wednesday, September 30, 2020 at Mercy Health, in Rockford, Illinois.  Mr. Coombes was born on July 2, 1951 in Clinton, Indiana to Paul and Mary (Brewer) Coombes.  He had one brother, Raymond (Paula) Coombes, two sisters, Margaret (Kim) Snyder and Kay Donaldson all of Paris, Illinois.  He was preceded in death by his parents and his brother.  He married Cindy M. (Dailey) Coombes in Brocton, Illinois on March 11, 1972.  She survives with their two daughters Cara (Ryan) Roberts of Byron and Holly (Stephanie) Coombes of Aurora.  Grandchildren are Zion and Phoenix Wollert of Aurora and Hanna and Patrick Roberts of Byron. He also enjoyed his nieces and nephews.  Mr. Coombes was a long-time member of Villa Grove First Christian Church and more recently attended the Red Brick Church in Stillman Valley, Illinois.  Mr. Coombes was involved in agriculture all of his life being born and raised on a farm.  He attended Danville Area Community College majoring in Agri-business.  He was manager, owner and president of Westridge Agri-Services in Tuscola, Illinois for 48 years, retiring in 2018.  He adored spending time with his grandchildren and his family.  He loved singing hymns and could often be heard harmonizing in church.  He was an avid collector of coins, toy tractors, hats and farm related prints.  He was a dedicated fan of the St. Louis Cardinals and Fighting Illini basketball. He could most recently be found driving his shiny red golf cart around the neighborhood.  A private graveside service will be held at the Byron Cemetery with the Rev. Chris Brauns officiating.   An open house visitation will be held on Saturday, October 10th from 1-3 p.m. at the Villa Grove First Christian Church with a 3 p.m. service to follow. In lieu of flowers, memorials may be made to the Red Brick Church in Stillman Valley, First Christian Church in Villa Grove, Ag in the Classroom or the Tuscola FFA.

To order memorial trees or send flowers to the family in memory of Larry Coombes, please visit our flower store.