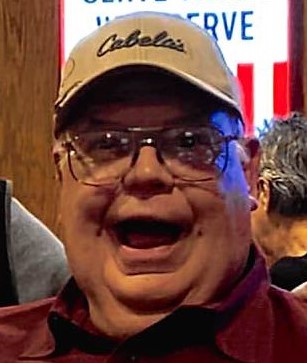 Oregon, IL – Lawrence L. “Larry” Toms, age 73, died Tuesday, April 5, 2022 at Swedish American Hospital in Rockford.  He was born on September 14, 1948 in Oregon, IL, the son of Leon C. and Louise Pauline “Polly” (Black) Toms.   Larry graduated from Oregon High School in 1968.  He married Sarah “Sally” Corron on June 14, 1991 in Wasco, Illinois.  Larry worked as a welder from 1971 – 2010 at    E. D. Etnyre Co. in Oregon.  He was a member of the Lighthouse United Methodist Church and a lifetime member of the Illinois State Pistol Association where he formerly served on its Board of Directors.  In 1980, Larry was the alternate for the U.S. Olympic Pistol Team.  He was also a lifetime member of the NRA.  Larry loved going fishing, bowling, and golfing.  He spent many hours on woodworking in his shop making beautiful bowls and cutting boards along with many other wooden pieces.  Larry mentored many children in the art of woodworking through 4-H and also taught welding at Oregon High School. Many knew Larry (Smotsy) as the awesome joke-teller that could bring a smile to anyone’s face with his stories and laughter. Many knew him as their best friend as he had many and was always there for all of them. Larry was predeceased by his parents Leon and Polly Toms, his brother Leon “Butch” Toms, and sister Sue Smith. He is survived by his wife Sally Toms of Oregon, many cousins and nieces: Dawn (David) DeGarmo, Shelly Gertmann, Amy Smith and nephew Adam (Carrie) Smith. Funeral services will be held at 12:00 pm, on Monday, April 11, 2022 at the Farrell-Holland-Gale Funeral Home, 110 S. 7th Street in Oregon, IL with Pastor Matthew Smith and Pastor Dana Cox co-officiating.  Visitation will be held prior to the services at the funeral home from 10:00 am to 12:00 pm.  Burial will be at the Lighthouse Cemetery near Oregon.  A memorial fund is established in Larry’s name for the University of Wisconsin Regional Cancer Center in Rockford and the Serenity Hospice and Home in Oregon, IL.  The family would like to thank the people of both for their care and kindness.

To order memorial trees or send flowers to the family in memory of Lawrence Toms, please visit our flower store.