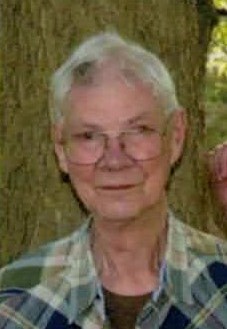 Stillman Valley, IL – Leonard E. Gorsegner, age 88, died Wednesday, July 21, 2021 at his home in Loves Park, IL.  He was born October 22, 1932 in Thorp, Wisconsin the son of Gus and Ella (Hansen) Gorsegner.  He graduated from Thorp High School in Thorp, Wisconsin, he graduated from the University of Wisconsin at Eau Claire, and then obtained his Master’s degree in Mathematics from Valparaiso Collage in Valparaiso, Indiana.  He married Marcia A. Kilmer on July 27, 1957 in Minneapolis, Minnesota.  He served his country in the United States Air Force as an Engine specialist Flight Mechanic.  Leonard taught high school for over 30 years retiring in 1987.  He taught in Nebraska and Gary, Indiana, and the last 20 years of his career in Rochelle Township High School where he was also the Chess Club advisor.   He and his wife Marcia lived in Stillman Valley for 47 years.  Leonard loved boating, camping fishing and woodworking.  He was predeceased by his parents and his wife Marcia.  He is survived by his 3 children; Jerome (Lynn) Gorsegner and their children Jennifer, Tyler, Nicole, Heather, and Marissa of Oregon, Karen Lowery and her children Christopher, Deanna, and Erika of Freeport, IL., and David (Kim) Gorsegner and their children Scott, Ryan, and Casandra of Loves Park, numerous great grandchildren,  sisters Helen Davis of Canton, Minnesota, and Regina Broeking of Merrill, Wisconsin,   Funeral service will be held 2:00 pm, Wednesday, July 28, 2021 at the Farrell-Holland-Gale Funeral Home, 136 W. Roosevelt Road in Stillman Valley, IL with the Chaplin Mark Maxted  with the Beloit Regional Hospice Association.  Visitation will be prior to the service from 1:00 PM – 2:00 PM.  Burial will be in the Stillman Valley Cemetery. A memorial fund is established in Leonard’s name and may be directed to the family.

To order memorial trees or send flowers to the family in memory of Leonard Gorsegner, please visit our flower store.