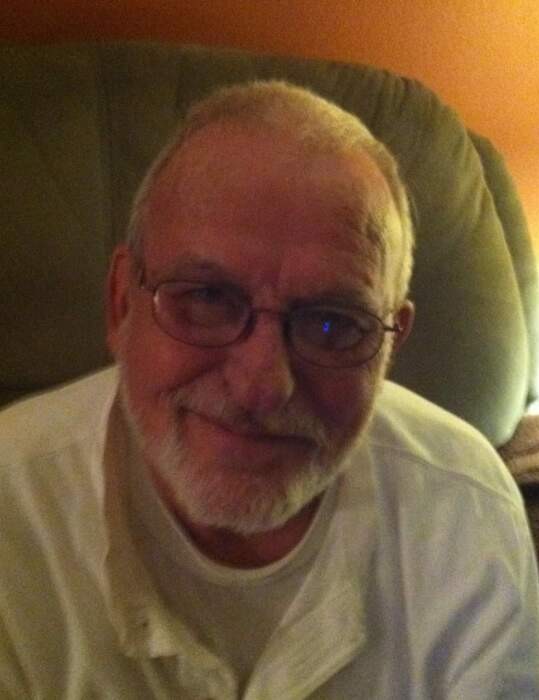 Michel Allen Deroush, age 72, passed away at home on November 18, 2020. He was born on September 11, 1948 in Sikeston, MO the son of Frank and Nona (Parks) Deroush. He is a US Navy veteran and worked for many years at ComEd. He married Marie Belfiore on May 9, 2001. Michel enjoyed woodworking and spending time coaching his sons in soccer. He was a huge Chicago Bears fan. But, more than anything he was a family man who lived for his wife and grandchildren. He would do anything for them. He is survived by his wife, Marie of Stillman Valley; children, Phillip (Julie) Deroush of Poplar Grove, Kenneth (Jessica) Deroush of Cherry Valley, Heather Deroush of Chicago, Christina (Jeremy) Chavarria of Scottsbluff, NB, and Robert Grygiel of Princeton; sister, Linda Powell of Rineyville, KY; grandchildren, Brennan, Annelise, Lilah, Joseph, Donovan, Danielle, Caen, Emmali, Baeli (Kevin), James, Andrew, Cameron, and Jacob; great grandson, Jayce; and siblings in-law, Barb (Howard) Wiemken, Karen (Terry) Houston and Wayne Belfiore. He is preceded in death by his parents, Frank and Nona Deroush and in-laws, Robert and Rosalie Belfiore. A celebration of Michel’s life will be held at a later date. In lieu of flowers memorials may be directed to the family.

To order memorial trees or send flowers to the family in memory of Michel Deroush, please visit our flower store.