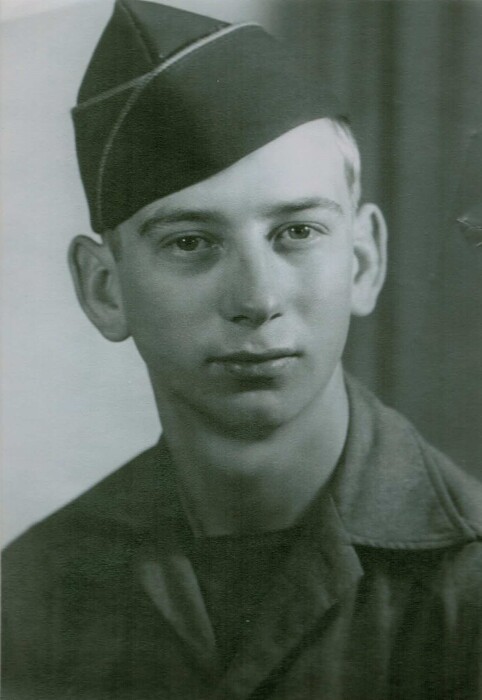 Otterbein Dale “Barney” Longnecker, age 96 of Byron passed away on Monday, May 23, 2022 at Generations at Neighbors Center in Byron. He was born in Lawrence County, IL to Charles and Anna Elizabeth Longnecker on July 25, 1925. He graduated from Bridgeport High School in 1944. Barney was a veteran of WWII serving as a member of the United States Army from 1944 until 1946 in Europe as a member of the 78th division. He married Reba Maxine Leib on September 16, 1947 and moved to Rockford, IL where the resided until 2006 when they moved to Byron. He worked for JI Case, John S. Barnes, and W.A. Whitney where he retired from in 1987. He was an active member serving as deacon, property chairman, of First Church of the Brethren. He helped build the church and it was a large part of his life from 1947 until he joined the Mt. Morris Church of the Brethren in 2013. After retirement, he enjoyed babysitting his grandchildren, woodworking, travelling, and gardening. Barney was a devoted St. Louis Cardinals fan rarely missing a game on the radio or television and traveling to St. Louis whenever possible. Surviving family members include his wife Maxine “Mac”; his children, Dennis Longnecker (Ginny), Brenda Stauffer (Kevin), Stephen Longnecker, and Karen Stima (Jeff); grandchildren, Monica Longnecker (Scott), Joshua Stima, Ryan Longnecker (Mia), Jacob Stima (Elissa), and Jessica Brooks (James); and great grandchildren, Nicholas Villani, Eden Keefe-Stima, Tucker Brooks, Laken Stima, and Baby Boy Stima due in October. He is preceded in death by his parents, brothers, Gail Longnecker, Lowell “Bob” Longnecker, Robert “Trig” Longnecker, Harold “Pude” Longnecker, and Paul “Joe” Longnecker; and sisters, Catherine Longnecker, Lela Miles, Bertha Mickey, Nonnie Peck, and Josephine Martin. A funeral service will be held at 12:00 PM on Friday May 27, 2022 at Farrell Holland Gale Funeral Home in Byron with Pastor Rodney Caldwell officiating. Visitation will be held at the funeral home from 10:00 AM – 12:00 PM prior to the service. Burial will take place at Willwood Burial Park in Rockford. In lieu of flowers the family is requesting memorial contributions be sent to Mount Morris Church of the Brethren or Darkhorse Lodge Veterans Organization.

To order memorial trees or send flowers to the family in memory of Otterbein Longnecker, please visit our flower store.