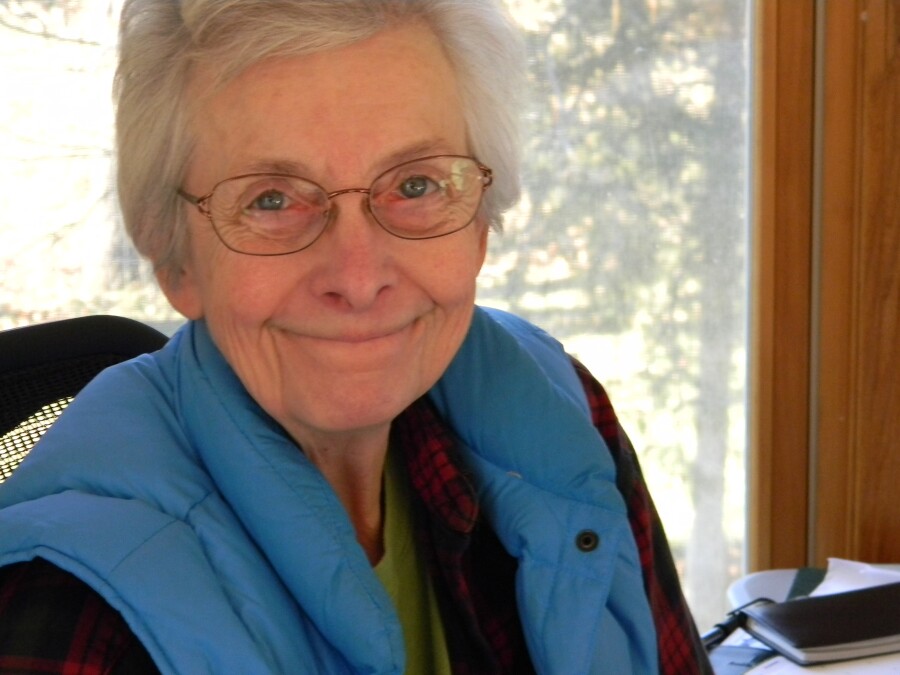 Oregon, IL - Patricia Louise Snyder, 81, died on September 11, 2022 at Serenity Hospice and Home in Oregon, Illinois. Pat was born on February 27, 1941 in Fort Wayne, Indiana to James L. Gessaman and Adah-belle Gessaman. After high school, Pat attended Manchester University and graduated with a Bachelor of Science degree in secondary education. She taught school for a few years before attending Indiana University in Bloomington and receiving a Master degree and a Doctorate degree in school health and safety education. After moving to Illinois, Pat worked for two educational publishers, Laidlaw and then Scott Foresman. At Scott Foresman Pat was the executive editor who managed a team of editors and writers creating a new elementary health education textbook series. She then was hired by Walgreens Corporate Headquarters where she worked as a writer/editor/trainer for 26 years. After leaving Walgreens she became an independent contractor and continued to travel for Walgreens as a facilitator/trainer. In 1996 Pat moved to Oregon, Illinois and was considered family by Mary Ann Mortellaro; Donna, Nathan, and Emily Mattison; Otto and Marilyn Dick and Family; and the Oregon Church of God where she was an active member who among other things facilitated a Sunday School class and served as the assistant treasurer. Pat is also survived by her Gessaman family in Indiana and other parts of the country. They are her nephews and their wives Kerry (Sue), Karl (Debbie), Kevin (Stacy), and Ken along with many great-nephews and nieces and their children. Pat is preceded in death by her parents and her three brothers Bob, Will, and Jim and her sister-in-law Mary.  Funeral service will be held 10:30 am, Thursday, September 15, at the Oregon Church of God with the Rev. Michael Hoffman officiating.  Visitation will be held from 5:00 to 7:00 pm, Wednesday, Sept. 14 at the Church of God.  Burial will be in the Daysville Cemetery.  A memorial fund is established for the Oregon Church of God and the Serenity Hospice and Home.  Visit www.farrellhollandgale.com to leave a condolence or memory of Patricia.

To order memorial trees or send flowers to the family in memory of Patricia Snyder, please visit our flower store.