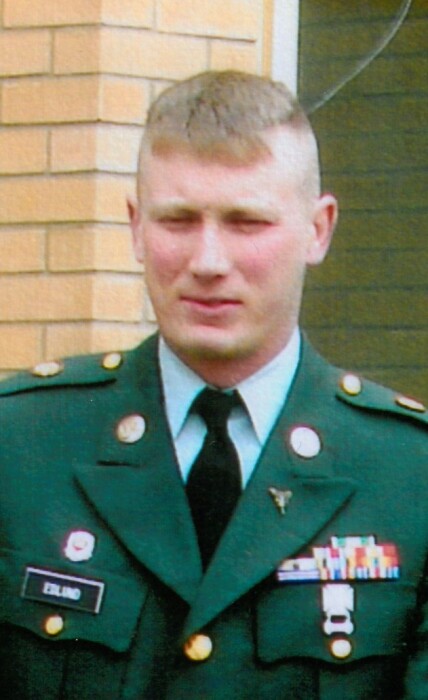 Richard M. “Rich” Edlund, age 43, died Saturday, July, 30, 2022.  He was born August 11, 1978 in Morrison, IL the son of Robert and Laury (Black) Edlund.  He graduated from Ashton High School in 1996 and attended Whiteside Area Vocational School for auto body.  He served his country in the U.S. Army for 10 years as a 62F crane operator.  Rich valued the time he spent with his family and friends greatly.  He was proud of his military accomplishments.  His hobbies included riding his Harley, his dog Vern, and tinkering on tractors and trucks. Rich had worked for Ideal Metal Fabrication, Grover Tree Service, PBM, Janssen Ag Services and most recently as a truck driver.  He was predeceased by his grandparents Don and Marie Black, and Cecil and Hazel Edlund, his infant sister Gayle Edlund, brothers Raymond and Tom Edlund, his fiancée Susan Locke, and his military brother Ricky Hosch.  He is survived by his parents Robert and Laury Edlund of Ashton, IL; siblings: Terri (Drane) Parker of Jacksonville, FL; Bobby (Alena) Edlund of Key West, FL; Kathy (Tony) Berg of Byron, IL; Ann Edlund of Rockford; Donna (Rob) Burlo of Stillman Valley, IL, and Anthony Edlund of Ashton; many nieces and nephews including a special niece Cheyanne Edlund; many great nieces and great nephews; his special adopted mother Jody Schmidt and her daughter Katie (Steve) Early. Funeral service will be held 11:00 am, Saturday, August 6, 2022 at the Farrell-Holland-Gale Funeral Home, 110 S. 7th Street in Oregon, IL with the Rev. Timothy Mitchell pastor of the Dixon United Methodist Church officiating.  Visitation will be prior to the service from 9:00 to 11:00 am at the funeral home.  Private burial will be held at the Washington Grove Cemetery.  A memorial fund is established in Richard’s name.

To order memorial trees or send flowers to the family in memory of Richard "Rich" Edlund, please visit our flower store.