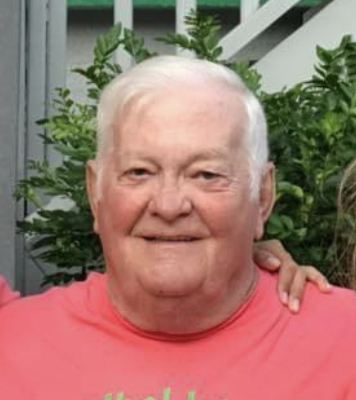 Robert L. “Bob” Brashaw, 78, lifelong Oregon resident, died Wednesday, May 19, 2021 in Generations at Neighbors, Byron. Born January 14, 1943 in Stockton, the son of Robert Lee and Lois M. (Terrell) Brashaw. Married to Phyllis Bradford December 30, 1966 in Oregon; she died April 6, 2014. Bob was a 1961 graduate of Oregon High School and a US Army veteran serving 1964-1966 in the Vietnam War. He was employed in the finance business 1966 – 1978, then as a finance manager in car sales, a mortgage broker 2003 – 2005 and was  a licensed realtor. Bob was a member of Oregon Country Club, Oregon VFW Post 8739 and Silver Ridge Golf Course. He was an avid golfer and enjoyed vacationing in Florida and taking meticulous care of his cars. Bob loved sports and attending his grandchildren’s sporting events. Survived by his son, Jayson (Kelly) Brashaw of South Elgin; daughter, Jennifer (Jim) Kitzmiller of Oregon; grandchildren: Addison, Ashlyn, Avery and Cooper; and many nieces and nephews. Also predeceased by his parents; brother, Dennis Bates; and parents-in-law, LaVerne and Mildred Bradford. A Memorial Service with Military Honors will be held at 11:00am Thursday, May 27 in Farrell-Holland-Gale Funeral Home, Oregon preceded by a visitation beginning at 10:00am. Pastor David Rogula will officiate. Burial in Riverview Cemetery, Oregon at a later date. In lieu of flowers, a memorial fund is established in his name.

To order memorial trees or send flowers to the family in memory of Robert L. "Bob" Brashaw, please visit our flower store.