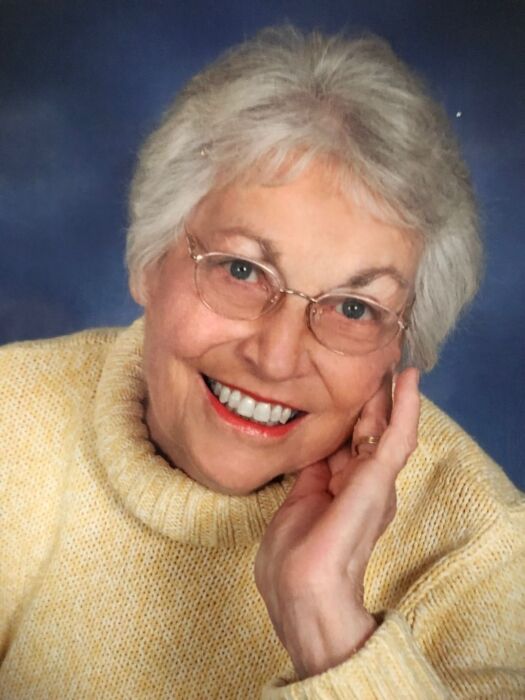 They spent much of their early life together in agriculture, first living and working at the Ogle County Poor Farm, where Ollie’s father, Ralph Thomas, served as superintendent, and later on a dairy farm west of Oregon in Rockvale Township.

During this time, Rose also worked for the Ogle County Soil Conservation Service. In 1965, she accepted a position with Woods Equipment Company, working in the credit department. She retired in 1992 as Credit Manager.

Following retirement, Rose worked part-time for Shaw Media as a receptionist in the office of the Ogle County Republican Reporter, and volunteered with the Ogle County Hospice Association and the Autumn on Parade festival.

She and Ollie loved tending their beautifully manicured and landscaped yards, both at their home on North River Road and later at the home they built on North 6th Street in Oregon. Rose also adored the many Golden Retrievers they owned over the years,including Annie, the beautiful Golden Lab who was her best friend for the last six years of her life.

During her younger days she loved horse riding, and she and Ollie took part in many local trail rides. Rose was preceded in death by her husband, Ollie, who passed in 2006.

She is also survived by special friends Joy Schuble, June Danekas, and Wes and Liz Sosa and their children Norah and Wyatt. Funeral Services will be held at 11 a.m. Wednesday, Nov. 17 at Farrell-Holland-Gale Funeral Home, Oregon, with Rev. Willie Little officiating. Visitation will be held immediately preceding the services, from 10 a.m. to 11 a.m. at the funeral home. Burial will be at Oakwood Cemetery, Mt. Morris.

Memorials may be made to Serenity Hospice and Home.

To order memorial trees or send flowers to the family in memory of Rose M. Thomas, please visit our flower store.