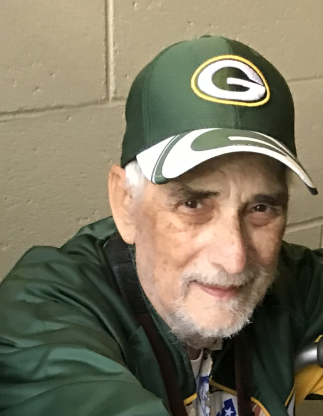 Russell Eugene Hoernecke, age 78, of Byron passed away on August 16, 2022 at Swedish American Hospital in Rockford after suffering multiple long-term illnesses and a broken heart. He is now home with his Lord and Savior, Jesus Christ.
Russell was born on September 21, 1943 in Rockford, the son of L. Kruse and Ruth (Champlain) Hoernecke. Russ graduated from Stillman Valley High School Class of 1961. He then attended NIU where he obtained his Bachelor’s and Master’s degrees. He began his teaching career at Rock Falls High School before starting at the Oregon School District where he worked for many years prior to retirement and made an impact on countless students.
He married the love of his life Mary Elizabeth Rodeffer on October 2, 1965. Seven years later on their anniversary they adopted their daughter, Joanne. Russ was an active member of Middle Creek Presbyterian Church and volunteered at the nursing home. He was always there to lend a helping hand. He and Mary were active members of the Rockford Flatlanders Muskie Inc. Club. Fishing was Russell’s biggest passion. He loved going on trips to Canada to fish at Canyon Lake, a trip he had been taking over for over 50 years. In his spare time; he enjoyed shopping and sports. He was a die-hard Green Bay Packers fan. He also loved cheering on the Cubs, Bulls, U of I, and going to NIU football games with his brother Robert. He and Mary were known for always making the local sports game and supporting the Byron Tigers.
If you ever asked what he was doing he would respond with “Out messin’ around”. He adored his family, friends, and cats. Russ was a genuinely good person who made you feel special anytime you were with him. He is going to be dearly missed. He is survived by his daughter, Joanne of Byron; brother, Robert (Patsy) Hoernecke of Oregon; brother-in-law, Gene (Debbie) Rodeffer of Cary, N.C.; niece, Tracy (Curt) Vache; special friend, Reese Young; cats, Blondie and Peppers; and many special nieces, nephews, friends, and students. He is preceded in death by his parents, wife, Mary, and sisters Mary Ruth and Dorothy.
Visitation will be held on Saturday August 27, 2022 from 10am-12pm.  The funeral and burial will be immediately following at Middle Creek Presbyterian Church, located at 12473 Montague Road, between Winnebago and Byron.  In memory of Russ please dress informal and wear your favorite sports team or fishing shirts. In lieu of flowers, please consider memorial donations to:  Middle Creek Church and the Serenity Hospice and Home.

To order memorial trees or send flowers to the family in memory of Russell Hoernecke, please visit our flower store.