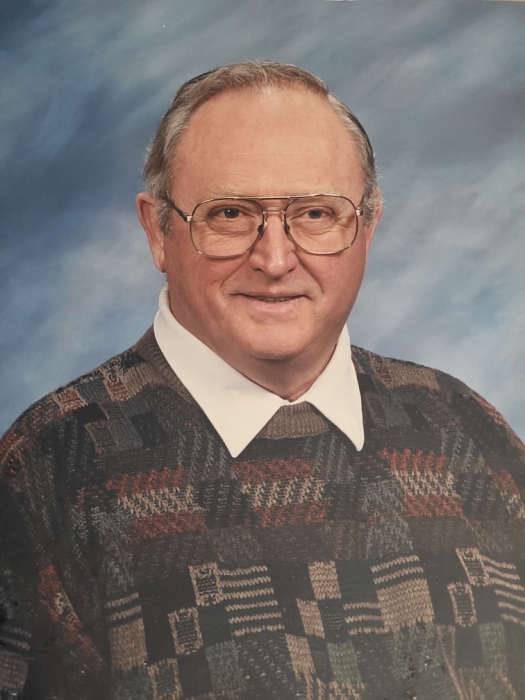 Warren Ernest Ippen, age 83, passed away at home surrounded by his family. He was born in Rockford on April 10, 1938 the son of Ernest and Ruth (Alcock) Ippen. Warren was a lifelong Stillman Valley resident graduating from Stillman Valley High School class of 1957. Warren served his country with the Army Reserves for 8 years. He attended and graduated from Chicago Jack Isenga Barber School. He worked as a barber for Howie’s Barber Shop in Stillman Valley for 11 ½ years and also worked for King’s Barber Shop and Moler Barber Hall in Chicago. Warren was also a farmer; farming on his family farm, Ippen Farms. He was a member of Elim Reformed Church. He was an active member of the Stillman Valley Lion’s Club and The Ogle County Farm Bureau. In his spare time; his hobbies included collecting stamps and coins. He was an avid Chicago Bears and NASCAR fan. Warren also loved to travel which was called windshield time due to him always keeping his eye on the road getting to point A to point B efficiently. But, most of all he loved his family. He is survived and missed by his daughters, Lonna (Thad) Young of Holcomb, IL, Gay (Rob) Fritz of Mahomet, IL, Edie (Bruce) Fowler of Stillman Valley, IL, Beth Ippen of Holcomb, IL, and Lori (Jamie) Bee of Davis Junction, IL; his special friend of 30 years Betty LaFleur of Stillman Valley; sister, Ruth Ann Ippen of Holland, MI; grandchildren, Andrea (Luis) Hernandez, Ethan Young, Austin Young, Jared (Sharnell) Fritz, Brandon (Taylor) Fritz, Allison (Aaron) Davis, Danielle (Nathan Edwards) Cooper, and Hunter Bee; and great grandchildren, Adaline, Robbie, Finn, and Caden. Visitation will be held Monday, January 3, from 4:00 to 7:00 pm at Farrell Holland Gale Funeral Home in Stillman Valley. The funeral service will be held at 10:00 AM on Tuesday, January 4 at Farrell Holland Gale Funeral Home in Stillman Valley with Rev. Marvin Jacobs officiating. Please wear a mask inside the funeral home during both the visitation and funeral service. Burial will be at White Rock Cemetery. The memorial fund is established for Serenity Hospice & Home or The Stillman Valley Lion’s Club.

To order memorial trees or send flowers to the family in memory of Warren Ippen, please visit our flower store.